Of Perverts and Sluts 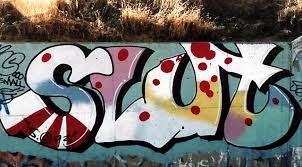 I had been in the Rubber Room for less than a week when I saw him.  It came as quite a shock.  I took out my phone and texted a friend, "The Pervert is here"!

I didn't need to elaborate.  My whole circle of family and friends knew who the Pervert was.

Early in my career a twelve-year-old girl had accused a teacher of fondling her.  He was arrested, tried, convicted, and then had the conviction reversed on appeal.  Approximately ten years after his arrest, he walked back into the school in triumph.  His friends threw him a welcome back party.  I didn't attend.  I wasn't his friend.

I was sure he was guilty and couldn't hide my feelings.  Everyone else seemed to like him, but he really creeped me out.  I couldn't stay in the same school with him and what I came to call his "Coven", so I asked for a transfer.  A couple of years later, I read in the Daily News that he had been relieved of his duties pending the investigation of yet another harassment charge.  I was filled with righteous indignation and told-you-so pride, but more than anything else I was relieved  Maybe now the charges would stick and he wouldn't be able to prey on anymore prepubescent girls--at least not in the public school system.  His kind would always find a victim somewhere.

Now I, who had been right about him, was relieved of duties and assigned to the Rubber Room while his enabling friends remained in the classroom.  Principal ShTey had been trying to make a case for dismissing me for years.  ShTey finally got what she needed on February 6, 2009 when one of my students, a girl named Madelene, accused me of calling her a slut.  That was my last day in the classroom--exactly five years ago tomorrow.