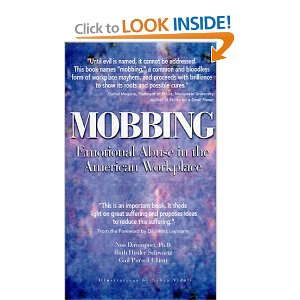 I discovered the concept of Mobbing back in January of 2009 when I read Mobbing, Emotional Abuse in the American Workplace.   Shortly thereafter, on  February 6, 2009,  I had a traumatic experience with class 702 (real numbers).  It was the last time I ever stood before a class of students and in my mind it overshadows all my other classroom experiences.  Hopefully with time that will change.

One of the first people to write about bullying in the workplace was Dr. Heinz Leymann. He investigated what he was told were “difficult” people in the workplace and determined that many of these people were not “difficult” to begin with. What he found was a work structure and culture that created the circumstances that marked these people as difficult. Once identified as difficult, the company created further reasons for terminating them. This Leymann identified as "mobbing".

“The mobbing syndrome is a malicious attempt to force a person out of the workplace through unjustified accusations, humiliation, general harassment, emotional abuse, and/or terror.

It is a “ganging up” by the leader(s)—organization, superior, co-worker, or subordinate—who rallies others into systematic and frequent mob-like behavior.

Because the organization ignores, condones or even instigates the behavior, it can be said that the victim, seemingly helpless against the powerful and many is indeed “mobbed”.

Read More At:  THE MOBBING SYNDROME
Or Keep Reading:

"The mobbing syndrome contains ten distinctive factors that occur in various combinations, systematically, and frequently. The impact of these factors on the targeted person then becomes the major element of the mobbing syndrome.

1. Assaults on the dignity, integrity, credibility, and professional competence of employees.
2. Negative, humiliating, intimidating, abusive, malevolent, and controlling, communication.
3. Committed directly, or indirectly, in subtle or obvious ways.
4. Perpetrated by one or more staff members—“vulturing.”
5. Occurring in a continual, multiple, and systematic fashion, over some time.
6. Portraying the victimized person as being at fault.
7. Engineered to discredit, confuse, intimidate, isolate, and force the person into submission.
8. Committed with the intent to force the person out.
9. Representing the removal from the workplace as the victim’s choice.
10. Not recognized, misinterpreted, ignored, tolerated, encouraged, or even instigated by the management of the organization."


Mobbing as a Process

PHASE 1 is characterized by a critical incident, a conflict. In itself, this is not yet mobbing. It can, however develop into mobbing behaviors.

PHASE 2 is characterized by aggressive acts and psychological assaults that set the mobbing dynamics into motion.

PHASE 3 then involves management that plays a part in the negative cycle by misjudging the situation if they have not already been participating in PHASE 2. Instead of extending support, they begin the isolation and expulsion process.

PHASE 4 is critical, as victims are now branded as difficult or mentally ill. This misjudgment by management and health professionals reinforces the negative cycle. It almost always will lead to expulsion or forced resignation.

PHASE 5 is the expulsion. The trauma of this event can, additionally, trigger post-traumatic stress disorder (PTSD). After the expulsion, the emotional distress and the ensuing psychosomatic illnesses continue and often intensify.

Are You Tired of Being Mobbed? Rally Instead 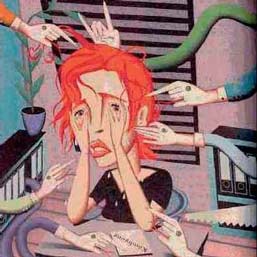 MOBBING IS A LONELY PROCESS IF YOU ARE THE ONE BEING MOBBED. 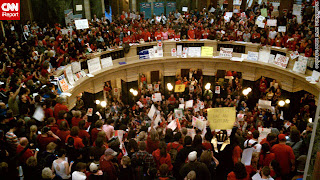 ORGANIZED, PEACEFUL PROTEST IS NOT A LONELY PROCESS
RALLY TO SAVE PUBLIC EDUCATION
FROM CORPORATE AMERICA
Posted by Moriah Untamed at 12:20 PM No comments: 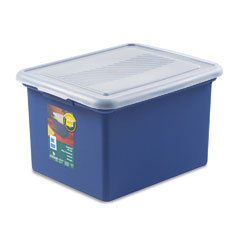 I've got four of these boxes marked "Evidence", stacked one on top of another in the corner of my bedroom.  They hold all the papers having to do with Principal Perry's campaign to demolish my career:  U-rated lesson reports and my replies;  Lesson plans together with my students' work;  Letters to my file with my replies;  Students' statements that break my heart every time I read them.

It was all to be used when I finally appeared before an arbitrator at a 3020a hearing and got to face my accuser before an impartial judge with a UFT attorney by my side ready to use all that evidence to demolish the rotten infrastructure of Principal Perry's lies and reveal her for the corrupt Bloomburger Borg that she is.

Then I realized from watching others go through the process that the 3020a hearing would not be a chance to find justice, but would be a kangaroo court heavily weighted on the side of Principal Perry.  That is one of the reasons I decided to retire after the November 1st deadline came and went without my having received any charges.

Since then, the boxes have stood as grim reminders of some of the most horrible moments of my life.  I have enjoyed my last few months of freedom, but I knew that sooner or later I would have to open those boxes and deal with what was inside.  That is what I finally started doing today.  It was time.

After having read through some of those papers, I've decided that it is time to start writing about it.  I don't know exactly what's going to come out, but it's necessary to deal with it.  Without the 3020a hearing, this is the only way I can get closure.
Posted by Moriah Untamed at 2:26 AM 9 comments:

The video that helped spark a revolution

A video of a soft-spoken girl named Asmaa Mahfouz was recorded on January 18th and immediately went "viral".

This is a translation of the transcript.

"Four Egyptians have set themselves on fire, to protest humiliations and hunger and poverty they had to live with for 30 years.

Today, one of these four has died, and I saw people commenting and saying:  "May God forgive him, he committed a sin, and killed himself for nothing".

I posted that I, a girl, am going down to Tahrir square and I will stand alone, and I'll hold up a banner, perhaps people will show some honor.

I even wrote my number, so maybe people will come down with me.

No one came except three guys!  Three guys, and three armored cars of riot police!

And tens of hired thugs, and officers, came to terrorize us.

They shoved us roughly away from the people.

But as soon as we were alone with htem, they started to talk to us.

They said:  "Enough, these guys who burned themselves were psychopaths!"

Of course, on all national media, whoever dies in protest is a psychopath.

If they were psychopaths, why did they burn themselves at the Parliament building?

I'm making this video to give you one simple message.

We want to go down to Tahrir Square on January 25th.

If we still have honor, and want to live in dignity on this land, we have to go down on January 25th.

We'll go down and demand our rights, our fundamental human rights.

I won't even talk about any political rights.

We just want our human rights and nothing else.

This entire government is corrupt--a corrupt president and a corrupt security force.

These self-immolators were not afraid of death but were afraid of security forces!

Can you imagine that?  Are you also like that?

Are you going to kill yourselves too?  Or are you completely clueless?

I'm going down on January 25th, and from now till then, I'm going to distribute fliers in the street everyday.

I will not set myself on fire!  If the security forces want to set me on fire let them come and do it!

If you think yourself a man, come with me on January 25th.

Whoever says women shouldn't go to protests because they will get beaten, let him have some honor and manhood and come with me on January 25th.

Whoever says its not worth it coz there will be only a handful of people, I want to tell him, you are the reason behind this,

And you are a traitor, just like the president or any security cop who beat us in the streets.

Your presence with us will make a difference, a big difference!

Talk to your neighbors, your colleagues, friends and family and tell them to come.

They don't have to come to Tahrir Square, just go down anywhere and say it, that we are free human beings.

Sitting at home and just following us on news or Facebook leads to our humiliation.

Leads to my own humiliation!

If you have honor and dignity as a man, come and protect me and other girls.

If you stay at home, then you deserve all that's being done to you.

And you will be guilty, before your nation and your people.

And you'll be responsible for what happens to us on the street while you sit at home.

Go down to the street, send SMS's, post it on the net.  Make people aware.

You know your own social circle, your building, your family, your friends, tell them to come with us.

And talk to people and tell them, this is enough!

Instead of setting ourselves on fire, let us do something positive.

So long as you come down there with us, there will be hope.

Don't be afraid of the government, fear none but God!

God says that He "will not change the condition of a people until they change what is in themselves" (Qur'an 13:11)

Don't think you can be safe any more!  None of us are!

Come down with us, and demand your rights, my rights, your family's rights.

This is the video:

The UFT has called for all teachers to rally Thursday, Februrary 3, 2011 at Brooklyn Technical High School.

Posted by Moriah Untamed at 1:21 AM 2 comments: 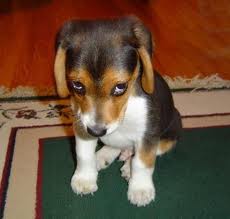 "When will teachers move from being hurt & ashamed to being angry and indignant?" 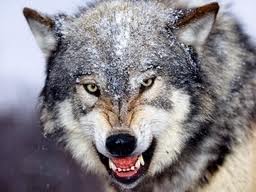 Read more here:
Posted by Moriah Untamed at 11:36 AM 2 comments: