Welcome to the Rubber Room 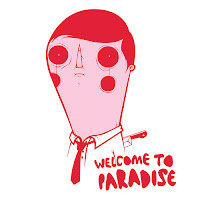 A new teacher arrived in the Rubber Room last Friday.  She spent the day crying her eyes out. Several people tried to comfort her, but she wanted to be left alone, so they backed off.   It has been against my personal Rubber Room ethics to comment on daily happenings here, but since we are about to be relocated to new, as yet unknown, DOE dungeons, I have decided to comment on what we will be leaving behind.

As far as preparedness is concerned, there are two types of people who come into the Rubber Room.   The first group is composed of people like me who have been targeted over an extended period of time.  They have been submitted to a lengthy period of harrassment and mobbing and pretty much saw the RR coming.  The second group consists of people who were at the top of their game, without a cloud in the sky and suddenly, wham, they were accused of some form of misconduct.  Either way, the first day in the Rubber Room is difficult.

At some point in Rubber Room history, the detainees decided that they needed a representative other than the official UFT rep who was hardly ever there.  They decided to elect a representative who was also a detainee, and who would serve as their spokesperson to the DOE and UFT.  One of the jobs of the liaison is to "welcome" new detainees.   The liaison is very important because he is one of the first people one meets in the RR.  He offers important information and can even help prevent a teacher from being further abused by incompetent and corrupt  DOE investigators (see my blog post "Don't Talk to SCI" ).   After the RR's close, I doubt that there will be a liaison for every reassigned teacher as there is now.

Those coming into the RR for the first time might be intimidated by the reputation of the place and the idea that the people in there are a bunch of abusive and/or perverted teachers.  However, once a person has been there for a few days he or she discovers that most of the teachers are pretty normal.  The good news is that everyone in there is pretty much in the same boat.  They are all being charged with something:  incompetence, physical abuse, verbal abuse, insubordination, theft, etc.  If we are assigned to different sites all over NYC, a reassigned teacher might be the only one facing charges at that site.  Other workers who have not been brought up on charges might be unsympathetic and even cruel--   hopefully not, but my experience over the last five or six years has not filled me with optimism about the kindness of strangers.
Posted by Moriah Untamed at 11:05 PM 1 comment: 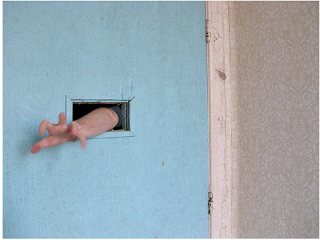 When I disappeared from my school, some of the other teachers asked the union rep where I had disappeared to.  The union rep replied that I had been "reassigned".  I met one of these teachers on the street shortly thereafter.  She said that the union rep had told her that I had been reassigned, but the parent coordinator was telling everyone that I had been sent to the Rubber Room.  She wanted to know which version was true.  You see, she thought that "reassignment" meant that I had transferred and was teaching at another school.  I told her that "Reassignment" meant being sent to the Teacher Reassignment Center, which was also known as the Rubber Room.  She looked horrified.

A few weeks later, a newly reassigned teacher was placed at our table in the empty seat in front of me.  There were a total of eight people at the table:  one at each end, and two at each side.  The newbie asked us how long it would take for her to be "reassigned" to a new school.  The reply was that it could take two years or more.  She looked confused--why does it take that long, she wanted to know.  Well, first you have to receive your charges, then meet with your attorney, then wait for a hearing date, and then go through the hearing.  Depending on the charges...Charges?  She hadn't done anything wrong.  Neither have we, we replied--you don't have to do anything wrong to be brought up on bogus charges and sent to the Rubber Room.  I thought this was the Teacher Reassignment Center, she said.  It is, we replied, but they also call it the Rubber Room.  She looked terrified.

Then she put her head down in her arms and started to cry quietly.

So, as you can see, there is a certain amount of confusion among the rank and file as to the relationship between reassignment and the Rubber Room, which means that teachers aren't really paying attention, aren't really doing their homework.  There are probably several reasons for this.  First, teachers tend to be very focused on their students and on the job of teaching them, and that is time consuming.  Whatever time they have left over is taken up with family, friends, and the courses they have to take in order to get a salary increase.  Second, they think that the Rubber Room is not about them; it's about bad teachers.  If they don't personally know anyone in the Rubber Room, they probably go with the New York Post version of Dirty Rotten Rubber Room Scoundrels.  Our union leadership confirm the major media version by not forcefully denying it.  Third, there is fear.  Outside the illusion of safety sustained by the bubble of their predictable classroom routines and schedules, lurks the Rubber Room bogey man, ready to pop out and carry them off--no mater how excellent their teaching skills, no matter how much they try to please the administration--and somewhere deep down inside, they know it.

Now Chancellor Klein and Michael Mulgrew have entered into an agreement to close the Teacher Reassignment Centers aka Rubber Rooms.  However, unless this agreement means that investigations will be carried out fairly and impartially, and that principals will be held accountable for bringing teachers up on bogus charges, then there will still be large numbers of reassigned teachers, and no matter where they are warehoused, they will still be in the Rubber Room.
Posted by Moriah Untamed at 8:32 PM 11 comments: