Of Polaroids and Perverts 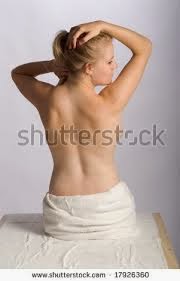 She was a pale child and quiet.  She seemed very sweet and innocent.  That's why I was shocked to find her surrounded by some of the seventh grade boys in homeroom as she showed them a polaroid picture of herself, naked from the waist up with her back to the camera.  I chased the boys away and pulled her aside for a little talk after her classmates had moved to their first period class.  I asked her if this was a picture of herself (it obviously was).  Then I asked who took it.

Now comes the hard part of trying to tell a story that is thirty years old.  It was the early eighties--let's say 1984 for mathematical convenience.  After this much time, there are hard memories (things I'm absolutely sure of), soft memories, (things I'm somewhat sure of) and fillers (I can't remember, but it makes sense that it happened that way).

I know for a fact that she did not tell me that the Pervert took the picture.  I don't remember what she said, but somehow I got the impression that she had taken it of herself by delaying the shutter release.  I do remember what I wanted to communicate to her:  There's nothing wrong, in my opinion, with the human body.  Artists have celebrated the nude figure in paintings, statues, and photographs.  There is nothing wrong with taking a nude picture of yourself.  However, it is inappropriate to bring a picture like this to school and show it to just anybody.  Your body is a temple, blah blah blah.

I made the decision to not tell anybody.  This was based on my assessment that this was a healthy exploration of her changing body, and to make a big deal out of it would scare her, shame her, make her feel insecure, and in the end do more harm than good.

Years and years later, after the Pervert had beaten the charges against him, I was told that she had accused him of taking her home with him and photographing her in the nude.  This was in addition to another girl saying that he had fondled her.  In the end, they had only charged him with fondling because there weren't any photographs to offer into evidence against him.

She was twelve when that photograph was taken.  That would make her around forty-two now.  I wouldn't recognize her in the street.  I think about her sometimes and wonder what became of her.  I hope life has treated her well.

Madelene was twelve when she accused me of calling her a slut five years ago today.  That would make her seventeen now.  I wouldn't recognize her in the street either.  I don't give a damn what happens to her.

The funny thing is that I still think the Pervert is a pervert.  I believe that the photograph that my seventh-grade student showed me on that long-ago morning was taken by the Pervert.  But after what Madelene and the others did to me, I would never deprive a person of life, liberty, property or a job based on a child's testimony.