Telling the Pervert's friend that I would not support him resulted in immediate isolation from from his community (the Coven) and from all information about the case.

What would have happened if I had taken out a five dollar bill, smiled sweetly, and said that I hoped everything would turn out ok?

For one thing, I would have found out a lot sooner that one of the charges against him was taking nude pictures of a student.  I could have corroborated that there was in fact a nude picture, but I couldn't have supplied evidence about who took it or where it was taken.

I could have attended his trial and gotten a much better idea of the charges and evidence against him.  When his conviction was overturned he had all records about the case expunged.

I could have been a fly on the wall, eavesdropping on conversations with him and about him.  This may or may not have lead to information about other incidents.  He fought his charges for almost ten years.  In all that time outside the classroom he would have found another way to be in contact with prepubescent girls if he were really a pervert.

In short, I could have been a spy.

This would have made for a great novel or screenplay, but I'm glad I didn't make it into my life's story.  In the end, I expressed myself honestly.  Everyone knew where I stood.  I think the path I took was more honorable.

But isolation from the community is never good and has consequences of its own. 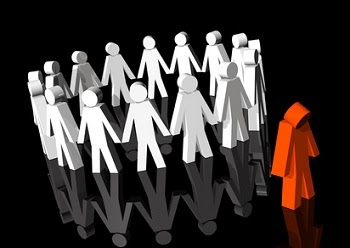 Posted by Moriah Untamed at 1:25 AM