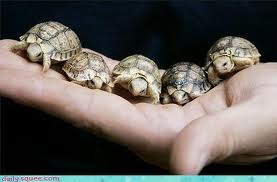 I have heard this argument several times when I ask why Unity allowed the Rubber Rooms to happen in the first place.  I read it most recently in one of the comments on Chaz's blog.

I object not only to the statement itself, but to all of its hidden implications.

How many people were killed in the attacks on the Twin Towers?  2,606 to be exact.  That's a lot of people.  We're building a big memorial in New York City to honor them.  But what is that number compared to the 8,000,000 people who live in the five boroughs?

Do you resent the comparison?  After all, I'm not dead.  I'm alive and well, and sipping my morning coffee as I write my blog.  And what was that you said?  I'm not innocent like they were?  They were just doing their jobs when wham!!!!!! their building got hit by an airplane, while  I, a bad, incompetent, abusive, insubordinate, blah, blah, blah teacher was taken out of the classroom and paid for sitting in a chair doing nothing for one year, nine months and two weeks?

So it's not about ratios, is it?  It's the subtext hidden behind the statement:  "It's only a handful".

Do we accept the handful?  Is one of them also one of us?  Or are they beyond the pale, marked as "other", isolated, blamed, demonized?

The Bloomburger Bullies came from outside the group and established themselves as the ones who had the right to decide who belonged in the Good Teacher Group and who didn't.  Most of them had less education and less experience than the teachers they marked as "Bad".

Those of us who were sorted out into the Rubber Rooms were not killed, but our lives will never be the same, because the experience changes you forever.

I can't be made whole (a legal term meaning the compensation of a party for a loss sustained).  You can't take back the years of mobbing, bullying, professional and personal assassination, defamation, and degradation.  You can't undo the shaming and the shunning. You might as well try to bring back the Twin Tower dead as to try to bring back the teacher I was before Bloomburger Perry walked into my, yes MY school and into MY neighborhood.

I'm not ashamed, and I'm not afraid.  I like it out here beyond the pale.  I'm free.
Posted by Moriah Untamed at 1:30 PM

I should have answered the commenter (Unity Hack) with your explanation. Keep up exposing the physical, social, emotional, and physiological damage doine not to just teachers but to the students when a vindictive Principal sends a teacher away.