Who Is The Timekeeper? 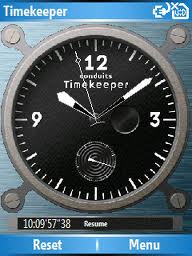 Today I made the attempt, as the Union suggested, to find out if I had a Payroll Secretary, or Timekeeper as I found they are now called. First I asked The Deputy Director of Human Resources where I work and he told me in no uncertain terms that they do not handle my payroll at all.  They were told that it was my school payroll secretary.

I then called Human Resources at the DOE.  They confirmed that the Payroll Secretary of the school where I last worked as a teacher was definitely the person who was keeping my time sheets and who would eventually file Form OP44 so that I can get paid for the days that I have in C.A. R. (the left over sick days ).

So then I made the attempt to call the Payroll Secretary from my old school armed with what I had been told by the DOE Human Resources people.  She acknowledged that she had received a timesheet from Cybershift and she had put it in my file.  I asked her for a copy of my timesheets for this school year and for the exact number of days I have in C.A.R.  I don't think she has any information on me after the day I left the school--April 6, 2009.  She promised to get back to me.

I also made the attempt to access my DOE e-mail account.  It had been shut down by parties unknown.  Not only that, but someone actually deleted the email from Cypershift that contained my timesheet form September.  It took me all morning to open the account again.

If you ask me what my job is now, I'd have to say I spend all my time dealing with the crap that the DOE is throwing at me--dodging what I can, and cleaning up when I can't duck fast enough.

I will continue to make the attempt to find out how many days I have in C.A.R. and then I can figure out when I can retire--with the help of my payroll secretary.
Posted by Moriah Untamed at 4:21 PM