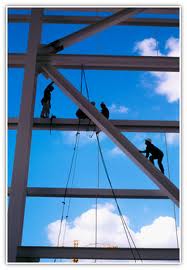 Continued from Chapter 3:  THREATS AND COVERUP

I'll give you a quick review of Jude's Story which I started back in October.  Jude reported to her principal that some of the questions on her students' 4th grade math test might have been incorrectly graded.  The Principal asked the Assistant Principal to carry out an investigation, and it was found that all of the 4th grade math tests had been graded incorrectly and that many students had received lower grades than they should have.  Not only that, but the sixth grade math tests had the same problem.  In retaliation, one of the other 4th grade teachers threatened to turn the parents against Jude.  Jude went to her UFT rep, who refused to help her.

As I mentioned in Chapter 1 ,  Jude had achieved the American Dream in spite of being raised in the projects of the South Bronx.

Graduated from Bronx High School of Science
Bachelors degree from Hunter College
Masters degree from Lehman College
Highly Respected Teacher in the New York City Board of Eduction--tenured, vested
Homeowner on Long Island
Married with three children
Active and respected in her church and community

If you start to describe your own life, you will soon find that you are really describing the groups to which you belong.  The structure of your life rests on the foundations that are your groups.

"Oh no it doesn't," you might say.  "It rests on my strengths, my abilities, and my hard work."

I agree.  But the choices you made on how to apply your strengths, abilities, and hard work gave you admission to certain groups.  Those groups support your lifestyle.

Parents have a lot of power in our lives.  They are the original foundations.

But then you came of age, moved out, and started to build your own lifestyle.  Your choices, your foundations:   To graduate from high school or not.  To get married or not.  To  go to college or not.  To get this degree or that degree.  To join this club or that club.  To live here or live there.  To buy or to rent.  To save or to spend.  To have one child, many children, or none.

These are the foundations that you establish.

Depending on the number of foundations you have, and the quality of those foundations, you can survive many serious assaults by nature or by man.  It's very, very hard to survive bad times on your own.  If you find yourself dependent on the charity of strangers, you  have seen the pillars of your life crumple around you.

"Isn't this Jude's Story?"  You might ask.  "Why are you talking about me"?  Instead of rambling on about 'you this you that', talk about her."

If you belong to one of Jude's groups.  I'm talking about you when I talk about her.  It's a cautionary tale.  But unlike most cautionary tales, it's not about an individual that messed up.  It's about groups that failed under pressure.

So, I'm talking about you if:

I have already warned you that this story is about a woman who has been assaulted over and over.  As I tell her story, I will remind you again and again that she could be you and you could be her.

It not only could, it does happen to every one of us every day. My AP is trying this on me now. I will let you know how it all turns out.

I'm sorry to hear that. This is a witch hunt. Don't let anyone try to convince you that you have done something wrong. It's all about the Benjamins.

It happened to me and I was the 'newbie teacher'....I was literally harassed every day last year for 6 weeks. For stupid BS too...