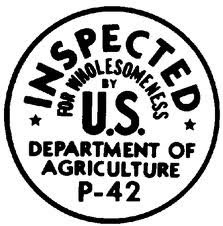 For example this Wikileaks guy, Julian Assange.  Of course he should be thrown in jail for publishing those facts.  Some facts can dangerous.  They might get in your brain and actually make you think that the US is not fighting for Truth, Justice, and the American Way--which is just wrong, because, well, who invented Superman, anyway?  Americans, that's who!!!!!  So there.

Here's an interview with that guy Assange who actually thinks that journalists should have the right to publish facts that might make Americans question how the wars in Iraq and Afghanistan are being waged, and even worse, whether we should be there at all.

I think there should be a law against asking questions.  Who knows what unsavory answers you might get.
Posted by Moriah Untamed at 11:40 PM

This is what should not be government approved--closing 25 public schools.

Lend us your voice and presence on Thursday, January 27 at City Hall Plaza.

We have a long list of sponsors and endorsers (including the UFT)that is growing by the minute.

Please check them out at our blog: http:

or at the Grassroots Education Movement Blog:

Let's show Bloomberg and Black what Freedom of Speech and Freedom of Association can do.