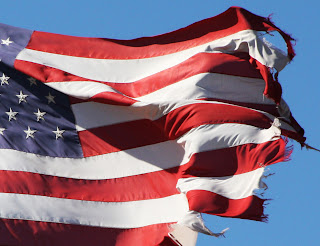 http://www.flickriver.com/photos/walkadog/3366563115/
I met Jude (not her real name) on April 7, 2009, the second day of my internment in the Rubber Room.  We sat side by side for the remaining months of 2008-2009 and for the entire 2009-2010 academic year.  Slowly, over time, she shared stories about her childhood, her family, and her career as an elementary school teacher.  I have chosen to write about her case because it is the most abusive account that I have heard up until now.  Although there was no rape involved, Jude brought Gertrude Perkins to the front of my mind and out of the dusty recesses where she had resided along with other myths, legends, and tales of earlier times.

At first, Jude's life sounds like a true American success story--a black woman who is the beneficiary of the Civil Rights Movement.

Jude grew up in a Bronx neighborhood known for drugs and violence.  However, she wasn't involved in gangs, didn't take drugs, and never committed a crime.  She did, however, graduate from Bronx High School of Science.

Bronx Science is one of several specialized high schools that are very difficult to get into.  There are a limited number of seats for thousands of applicants, and a child must take a difficult test and get a very high score in order to get in.  The test--not race, religion, gender, or references--determines whether or not a child is admitted.  It's not who you know, but what you know.  The screening is rigorous, and once you get in you have to work hard to stay in.

Jude graduated from high school in the top 2% of high school graduates in New York City.  She went on to graduate from Hunter College with a major in sociology and a minor in communications.  She then decided to be a teacher and chose to teach in the Bronx in a neighborhood controlled by a gang called the Latin Kings.  She immediately began working on her master's degree and completed it within two years.  At the same time that she started her teaching career and her master's degree, she married and started a family.  Five years later, with two young children, she decided to buy some land on Long Island and build a house of her own design.

As the 1996-1997 school year opened, Jude found herself in an new house, a new neighborhood, and a new working environment.  She had transferred to a school in Queens to make the commute easier.  Her children made the transition easily and began to win honors and medals in their new school on Long Island.  Soon a third child was on the way.

As the millennium approached Judith found herself married with three children; a homeowner; a respected teacher with a masters degree.  She had achieved the American Dream.

During the next ten years she would survive one assault after another, until that dream, like a battle- ground flag, is tattered and torn.  However, the one who carries it is standing tall and has no intention of giving up.