Build It and They Will Come: Our Own News Media 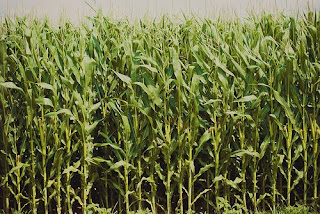 www.flickr.com/.../pricklypearbloom/3791940620/
I suggest that those who oppose Mayoral Control and the Privatization of Public Schools establish an online news journal  that will unify the hundreds of parent and teacher blogs that have been created in the last ten years.

This  Web Journal would be an alternative news source to the ones controlled by Bloomberg et al.

Instead of depending on mainstream news stations such as CBS and NBC to give a fair and unbiased version of the story, let's make sure that our story gets into the public domain through video news casts created by us.

Instead of depending on the New York Times, the Daily News, and the New York Post, to exercise journalistic integrity, lets give up on them, and go into competition against them.

How to Fund the Web Journal

I would  pay $100.00 toward the creation of a website that would contain professional journalistic photography, video, and writing that tells my side of the story.   I don't think I'm alone. Solicit donations to be paid through PayPal or Amazon.com

How to Staff the Web Journal

This cannot be a website run by volunteers and amateurs.  We need real journalists with lots of experience in traditional journalism.  They have inside knowledge of how mainstream newspapers and TV news stations are run and will give us credibility.

We can use young journalists with good computer skills, good writing skills,  and lots of bright ideas and enthusiasm.

We need professional producers, cameramen and editors--preferably with experience in TV broadcasting.

We can use volunteers (students, retirees, and others) who would like to learn journalism and broadcasting from professionals.

How to Promote the Web Journal

The bloggers themselves can promote the Journal.  Also, hand out flyers at demonstrations;  hand out flyers near schools as parents drop off and pick up their children; at parent-teacher conferences and meetings.  Post flyers in delis and small businesses where they will be seen.  Advertise.  Twitter.

Who Sets This All in Motion and Keeps it Virtuous?

I suggest an Executive Board consisting of a fair representation of the opposition groups.  It should not be about one political party, one culture, one religion, etc.  In reality, it will be whomever shows up to do the work of getting this started, and then sticks around to provide oversight.  Lots of work.  Little pay.  High Profile.

Beat Bloomberg At His Own Game

Bloomberg is winning not only because he is rich, but because he is a master of P. R. and owns the traditional media.  People just aren't being given an opportunity to hear the other side.  It's nice to have lots of demonstrations, but who is going to hear about it if it is not reported?  Who is going to care if you are portrayed in a negative way?

I believe that we have reached critical mass.  It is time to take the next step forward, which could be in reality a quantum leap.
Posted by Moriah Untamed at 2:40 PM

Great idea. I will post a link right now.

I still think the story was not that bad. Th teachers shown were bright and well spoken. The title is what makes people look, but the story says something different. True, it could have been even more pro -teacher, but it was the best I have seen so far. It did point how how many teachers are there unfairly.

Moriah--I would do anything to help you.

Thanks for the link. Thanks also for saying you would do anything to help me. I haven't been posting much because I realize that letting off steam is a good short term remedy, but not very effective long-term because it is all about my individual coping skills. My venting has very little effect on Bloomberg's actions. Schools are still closing, teachers are still being sent to the Rubber Room or thrown into ATR status. It's getting worse and worse for all of us no matter how much I write in my blog.

This affects all of us - even those of us in other states (since our powers-that-be use other places as sources for their plans). I would contribute as well. And post a link.

Moriah
We seem to be moving in the direction you suggest. There have been so many events to organize about we haven't had time to address these issues. One idea I thought about for some time was to try for a syndicated column in community newspapers that might be interested - the papers like The Wave. That one may be unique and others might not want it since so many are owned by Murdoch types.

As for the web site - check Substance in Chicago for a model.

I posted a link on the ed notes side panel. Check out Substance in Chicago for a model of a web site. We can use their resources in a sharing operation. Maybe a national web site with links to the locals.

There's a conf in Montreal with reps of 3 nations this May that might address some of these issues.

Ricochet, I agree that this is a nationwide problem. Thanks for the link and the vote of confidence.

Norm, Nothing can replace the important work of getting people out to meetings and demonstrations. Everything else is based on that. However, it is a shame that all that work is not being seen by the larger population who don't read our blogs or talk to the right people.

A column in a local newspaper would be a step in the right direction. Not everybody goes online.

I still think there is a large enough base that could sustain an online newspaper/video broadcast site.

I'll check out Substance. Can anybody go to Montreal or do you have to be chosen?

I did check out Substance News. It is an online newspaper but also sells in paper format. I was very impressed. Will comment further in a post.

I also checked out another online newspaper in another part of the country, and would appreciate more referrals.